Since, Kanye West successfully has filed as a Presidential candidate, the question will be how much harder will people have to organize in North Minneapolis to turnout the vote? Or will the citizens of the Mill City and other areas be wise enough not to be hoodwinked by this overt divisive tactic?

Additionally, we thought our dedicated readers might appreciate an online poll we received sent out from the Trump Campaign. They positioned it as super-secret, information not to be shared, but the questions in it are so pedantic we thought they were worth sharing. 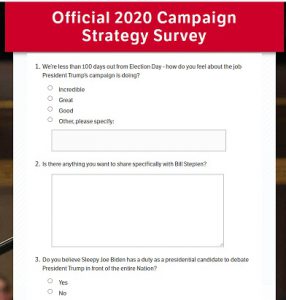 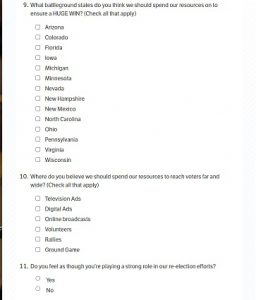 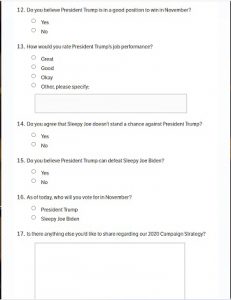