The Faces of the DFL Leadership in the 2020 Election 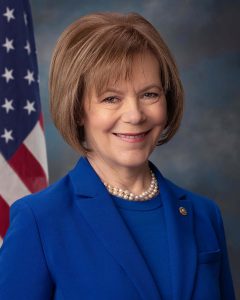 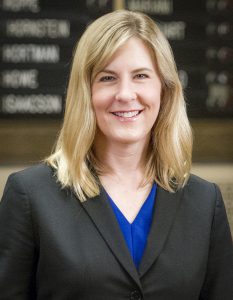 There will be a distinct visual change on the DFL side in 2020. US Senator Tina Smith (D-MN) is seeking reelection as a Class II Senator, after winning in 2018 to fill out the balance of the term of US Senator Al Franken (D-MN) who retired do to sexual impropriety allegations.  House Speaker Melissa Hortman (DFL-36B, Brooklyn Park) will leader her caucus reelection, with a strong expectation she will hold the majority achieved in 2018, and now newly elected Senate Minority Leader Susan Kent (DFL-53, Woodbury) will strive to return the DFL to the majority and enable full DFL control of the governorship and both legislative branches.

All three women are suburbanites and embody the significant shifts in the population in Minnesota which will be reflected in the US Census count this year. With Hortman in the Northwestern suburban area and Kent in the Southeastern, they strike a strong balance of the suburban perspective. Currently, suburbanites are the largest block in Hortman’s caucus with 38 out of 75 members, but there is great diversity inside the term suburban. In the Senate, there are 17 suburban senators—which we believe was the amount she received to capture her seat—and her caucus will need to recapture two seats and retain all of the existing ones. Targeting the remaining suburban seats, though far more expensive due to the metropolitan media market, is a ripe area for attention. With the Precinct Caucuses commencing on February 25th, the field of DFL challengers for the Republican suburban incumbents should be known and with additional contenders, in the regional centers of Rochester and St Cloud, the potentiality of a DFL Senate Majority are within grasp, especially with Donald J Trump (R) on the ballot and women in leadership and as candidates.

Since the Senate faces a two-year or Stub Election prior to the redistricting fewer retirements are expected, but in 2022 once the new district lines are known there is a different expectation.

The field of DFL Candidates filed who are challenging Republican incumbents in targeted areas in 2020 are: