The Drug Epidemic Evident on the LRT Everyday

As we left the State Revenue Building and caught the Light Rail Transit back to the State Capitol, we were once again shocked at the unmitigated chaos on the train. As soon as we boarded, which we will point out was only the fourth stop on the line coming out of St Paul, we were met will a fog of drug smoke. The doors had shut so quickly we were not able to change our minds and get off of the train, but the visible effect was evident from the other passengers in the car. There are passengers who are smoking crushed Percocet from aluminum foil and inhaling through a straw.

We have written about this before. Why Doesn’t Metropolitan Police Chief Rick Grates, Do His Job? 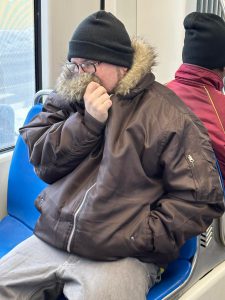 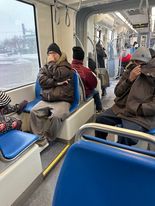 Here are the response from LRT riders.

Now, this is ironic, because before we left the building, we buttonholed Metropolitan Council Commissioner Charles Zelle and engaged him about this problem, and shared the fact we believe the only way to address it was to put plainclothes officers on the train and not, men but rather women pushing strollers. In the strollers could be equipment to measure the air quality and the toxicity of the environment could be an escalator in the charges for the crime.

We’ll see how rapid Zelle’s response is, because we have called out the Metropolitan Police Chief Rick Grates to do his job. We also have had direct conversations with cops on platforms and have been told the problem is, the county attorneys are failing to prosecute the minor offenses. We believe that is just an excuse, because to stop this problem someone needs to have a crackdown and the train operator needs to report the activity, which is completely visible from the surveillance system in every car.