Passing of a Great Man

The announcement of the death of former Vice-President Walter Fritz Mondale hit hard. Checks & Balances Publisher Shawn Towle had the opportunity to talk with him on numerous occasions especially their shared distain for Ranked Choice Voting and how it adversely impacts the very people its falsely claims to serve. Mondale was a man of profound thought, genial character and great compassion.

His voice will be missed, his legacy will be felt and his example one for the ages. Others can do well to follow his lead. He paved the way for Vice-President Kamala Harris (D) through his own work in the office and the selection of Congresswoman Geraldine Ferraro (D) in 1984. He was an exemplar elder statesman readily available to come to another aide with advice and support. 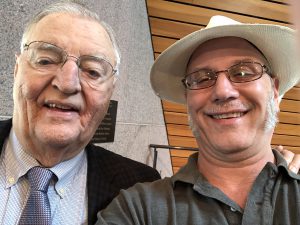 He served Minnesota well and Attorney General, US Senator and as Vice-President and our nation would have been far better had he defeated Ronald Reagan (R) the third worst President in modern day behind Donald J Trump (R) and George W Bush (R).