MN Congressional Districts: Will there be Seven or Eight?

With 2020 being a Census Year, and at the forefront of a “Stub Election” our term for the two-year state senate elections at the end of the decade, due to redistricting Minnesota has the chance to determine its own political fate. Currently, all that is available are projections, estimations, and speculations about how many people in the Land O’ 10,000 Lakes will stand up and be counted.

As we have noted in a previous article The Biggest Challenger to Minnesota in the US Census Contest is Wisconsin the “Cheeseheads” have bested us and the rest of the nation in the last two counts. Its doubtful any sports like challenge will take place between our two states because the Republican-controlled legislature has failed to provide the Badger State with any resources to count themselves. We may win this go-round by default.

This means our state will succeed regionally, but unless there is a significant local effort we may lose out to Alabama. In 1990, our competition was Arizona, and in 2000, it was Missouri, which in both instances we prevailed and those states both lost a Congressional seat. This meant Minnesota had the smallest Congressional Districts in the nation.

State Demographer Susan Brower is stating our projected trend is leaning toward a loss of a seat, but one thing is clear the numbers are finally determined by actual counts and not speculations. Because Minnesota has only shown a participation rate in the low 80’s in each of the last counts we can clearly shape our own future.

Many census-taker jobs are open and they are actively seeking applicants while providing a competitive wage. https://2020census.gov/en/jobs/job-details.html

It is worth noting the various maps of our congressional districts over the last three decades to show how dramatically they have changed. 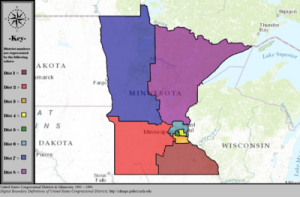 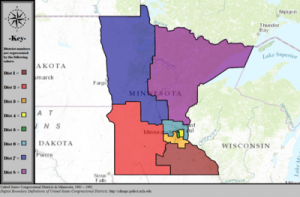 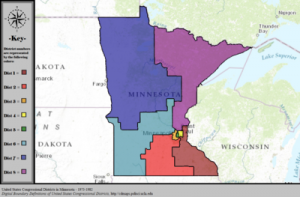 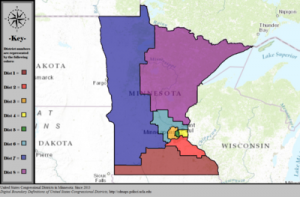