It might sound redundant, but it’s not. Prior to the start of each legislative session, the Forum News Service hosted a forum of the governor and legislative leadership. In this instance, Dana Ferguson of the Frum News Service moderated and it included the participants were Governor Tim Walz (DFL-MN), Speaker of the House Melissa Hortman, (DFL-53B, Brooklyn Park), Senate Majority Leader Paul Gazelka (R-09, Nisswa), newly elected Senate Minority Leader Susan Kent (DFL-53, Woodbury) and Assistant House Minority Leader Anne Neu (R-32B, North Branch). The Governor brought bars but confessed his wife made them. 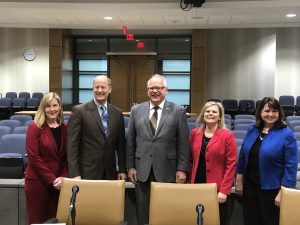 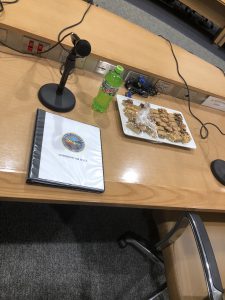 The five fielded questions from the various members of the press corps covering a wide range from the effects on negotiations in the Senate between the Majority Leader and the new Minority Leader to the Bonding Bill. We learned both legislative bodies will be attending a seminar put on by the National Council of State Legislators on how to constructively negotiate and the fact that the surplus of $1.3 billion will likely replenish the $493 million in the Rainy-Day Fund first.

The topic of the Presidential Primary came up and former Supreme Court Justice Paul Anderson came into the room at just about that time. At the end of the forum, he approached the Speaker and said he feels disenfranchised because of party notification and she reiterated her point that the Primary was a party function.

To see the event in its entirety go here Forum Forum.