The event was a pressure release value for the political world after a protracted fight with the COVID pandemic. The hall was full and clearly exceeded the attendance estimation of 500, made by Sen Tom Bakk (I-03, Cook) earlier in the day.

Prior to the evening’s festivities, a press conference was held and legislation supporting research and home healthcare for families who face this daunting disease was proposed and by all indications will make a speedy dash to passage in both houses. 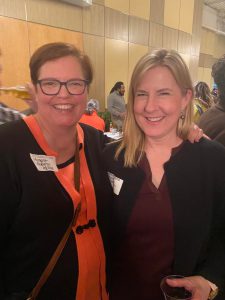