Another distortion piece hit our mailbox yesterday. It again follows the Trump campaign line and put out by the Republican Party of Minnesota. They, like the Trump campaign nationally, are wasting their money trying to target inner city voters to move away from former Vice-President Joe Biden (D) over to Donald J Trump (R). Its not going to happen. Infact as the news on Trump becomes worse it will only remind people of what Trump actually did to them and call attention to his failings. 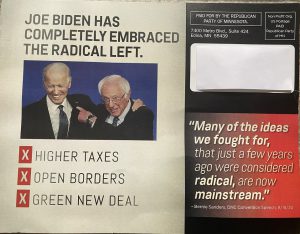 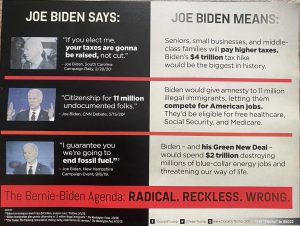